GREAT SITE FOR THE GREATEST GAMES!

The History of Horror Games

This period is seen as the age of text adventures, or interactive fictions, as many of you would like to call them. The first DOS games with a strong horror theme were certainly them. Often without graphics, they demanded a high level of writing, explicit details about the environment you’re in, the dangers you’re going to face, and the events that preceded your disastrous situation. 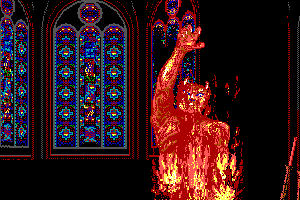 At first, it would seem that without an excellent style of writing, you can forget about immersion, instead, your curiosity will be crushed after the first step you make into the game world. Funnily enough, the first horror titles are just that. They lack a living, organic story.

I was really unimpressed when I read the background for Uninvited or Stephen King’s The Mist. Banal sentences ornate the descriptions of items and the overview of your surroundings.

On the other hand, there was always a niche these games exploited in order to A HUGE, RUBBERY tentacle grabs Norm into the mist (Stephen King’s The Mist). “While many can seek its origins far deep on the bottom of the gaming’s cauldron-like IGN did by relating them with Haunted House from the age of Atari consoles, the one which defined the term and its elements was the first Resident Evil.” avoid downright criticism.

Uninvited featured graphics and an interface that didn’t require typing, while The Mist was backed up by the extensive universe formed around Stephen King’s works. Taking this into account, you can fully focus on the exquisite puzzles you stumble upon. One of the most outstanding problems that game critics are facing today is the existence of survival horror as a genre.

The notion was fervently questioned starting with the release of Resident Evil 5, which is almost a pure action game. Such an overturn in the continuity of a series thought to be traditional “survival horror”, was destined to shake heads in doubt. 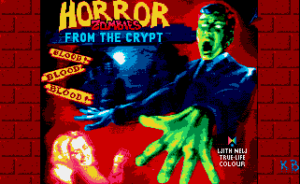 While many can seek its origins far deep on the bottom of the gaming’s cauldron, as IGN did by relating them with Haunted House from the age of Atari consoles, the one which defined the term and its elements was the first Resident Evil.

They added a bunch of traits to make it acceptable as a genre, such as “a mix of action-adventure with a strong horror theme and plot, constantly torturing you with a lack of weapons, ammunition, and other special resources that you need in order to defeat monsters and other sinners which hinder your progress”.

In other words, this definition is as foggy as Silent Hill itself! If the genre was just about surviving, I’m afraid it would’ve been too easy to include Doom 3 and other communists in the whole scheme, a move that probably fans will not like.